Reflections on Renaissance and Regulation 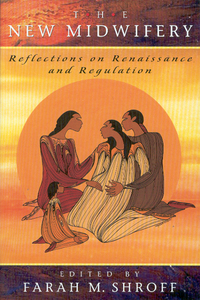 The New Midwifery offers a critical perspective on women's reproductive health and midwifery issues. This incisive collection of essays examines the impact of professionalization, legalization, and state involvement on women-centred care and on the perspectives of midwifery consumers. Midwives and social scientists from a variety of cultural identities, political perspectives, geographical locations, and education and training backgrounds reflect, in clear and accessible language, on the legislative processes involved in the regulation of midwifery. Given that legalization of what has, until recently, been a lay practitioners arena promises to be the wave of the future for many jurisdictions, parents-to-be, policy makers, health care workers, educators, and the general public will find The New Midwifery invaluable in learning more about the re-emerging profession.